The Women of Anjum 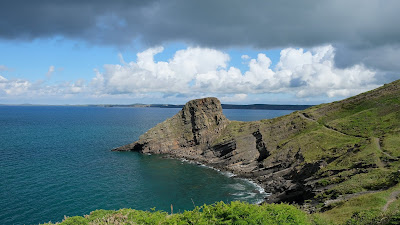 The Corsican Cause at stake

From 20 September to 5 October I thru-hiked solo the GR20. Find here a blog post of one of my experiences during this hike: Jeopardizing support for the Corsican Cause. For the pictures see the link in the left bar. 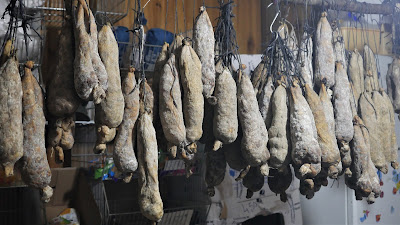 Vakantie in de Minervois in Frankrijk 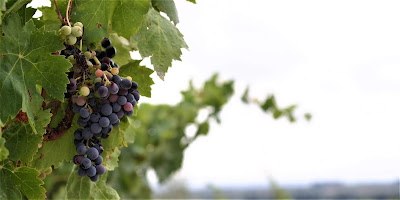 Scots and Frisians: a comparison

May 2017 I hiked the Cape Wrath Trail (CWT) in the northeast Highlands. Before I started my hike I was having a meal in a pub in Inverness. Many costumers inquiered with the bartender where from he was, because of his heavy accent. The answer was from the Orkney islands. A place where they still speak Scots Gaelic, I thought. I finished my meal and drink when he asked where I was from. 'From the north of The Netherlands,' I said. 'Ah, Friesland. Old English is most related to Old Frisian, is it not?' he replayed. Try this in a bar in for example Groningen or Ostfriesland, I thought.

It made me wonder if there are any simularities between Scots and Frisians. Some differences might be explained, I thought, by the fact suppressions of Scottish identity has been harsher. Without aiming to be pretentious, here solely for amusement my thoughts on this matter during the Cape Wrath Trail, a hike I can certainly recommend.

Scots and Frisians have in common:

Scots and Frisians have not in common:
To read my hiking blog of the Cape Wrath Trail, click here.

Arrived yesterday with Judith and kids at our holidays house in the medieval village Rosans in the Haute Provence, France. Please believe me when I say I didn't pick this place because of its location along Grand Randonnée 91. See the red-white marker on the pic, of what is our terras.

Of course I spend full days at our terras spotting GR91 hikers. Till now: none.

Yesterday made a short walk at the hamlet De Zwarte Haan (translated as: The Black Rooster) in the 'far' north of the province Friesland. This is the western corner of an extensive salt-marsh area in The Netherlands (and of the whole the UNESCO protected Wadden Sea, for that matter).

I saw a sign of the local environment protection foundation (it Fryske Gea) indicating entering the salt-marsh area is allowed outside the bird breeding season (concrete: outside 15 March - 15 July). That is good news! My impressions was it was not allowed anyway. So, my plan is to see if a hike is possible through this area.

Also, De Zwarte Haan is a crossroad of two ultra long distance trails in Europa, namely the Jabikspaad, start of trail to Santiago de Compostela in Spain (more info), and the Europe coast trail E9 (more info). Being a crossroad, together with the fact this is a spot at the salt marshes of UNESCO Wadden Sea ànd its local, cultural history of the 'mud workers', makes it a unique point. 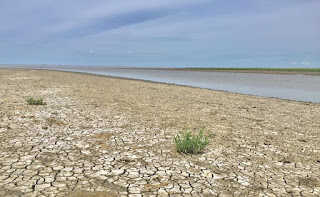 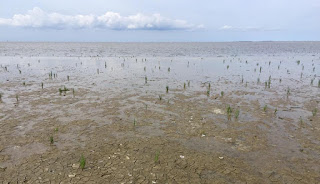